From Led Zep to Ali v Frazier, Madison Square Gardens has seen it all and RGS alumnus, Steve Ndumbe, is among the pantheon of greats to have played MSG, representing England in a Dodgeball World Cup! Steve attended RGS and among his achievements he thrived at Athletics under Mike Ridout's guidance so it is no surprise that he continued to play sport after heading to Imperial College where he achieved a 1st Class Honours in Mathematics. Steve discovered Dodgeball at university and has excelled in the sport while managing to to combine it with his PhD studies. In October 2020, British Dodgeball published the interview below which Steve has kindly agreed to let us share with the RGS alumni community. Our thanks go to Steve and British Dodgeball. 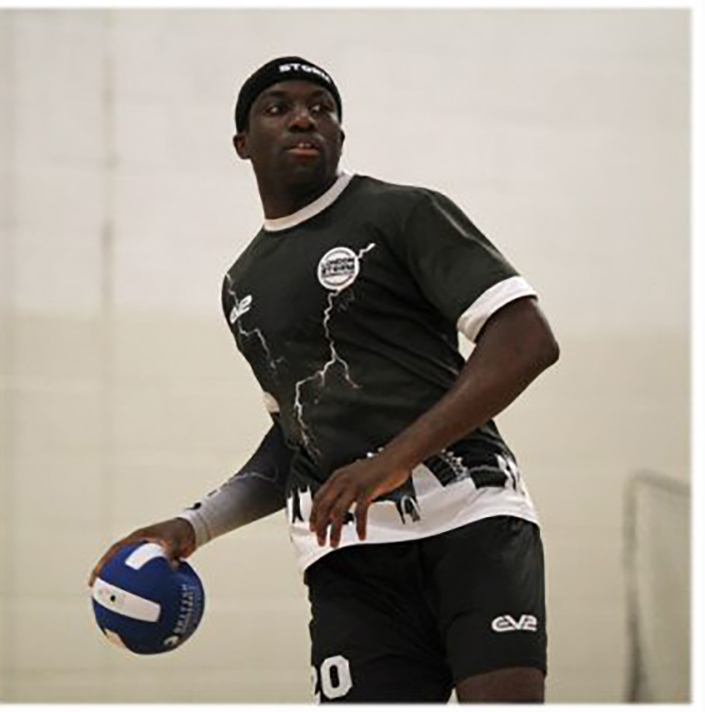 A new concept we are bringing to British Dodgeball and it’s community is ‘Player Stories’, a chance to shed light and celebrate the amazing members of our Dodgeball family, their roles in the sport and their experiences. We spoke to international ace and London Storm Legend, Steve Ndumbe, to get an overall view of his time in the sport, hear some of his highlights and what his thoughts and experiences are as a BAME Dodgeballer within this community. Read below to hear from Steve himself.

“I first started playing pretty much exactly 10 years ago, in October 2010. I remember coming to uni and wanting to try something a little different, and I stumbled across the dodgeball stall at Imperial College freshers fair. Since that fateful encounter, I’ve also played for Minotaurs and London Storm, as well as England Lions and Team GB on the international stage. I’ve had a variety of committee roles amongst the teams, most recently having the role of Team Manager at London Storm this season. Each of the roles I’ve had has come with its own challenges, but have ultimately been incredibly rewarding and helped to develop me as a player further, as well as helping to develop others.”

Some highlights to date:

2016, 2017 – back to back Dodgeball Premier League winners with Minotaurs

2019 – joining Team GB and playing in the inaugural Atlantic Cup 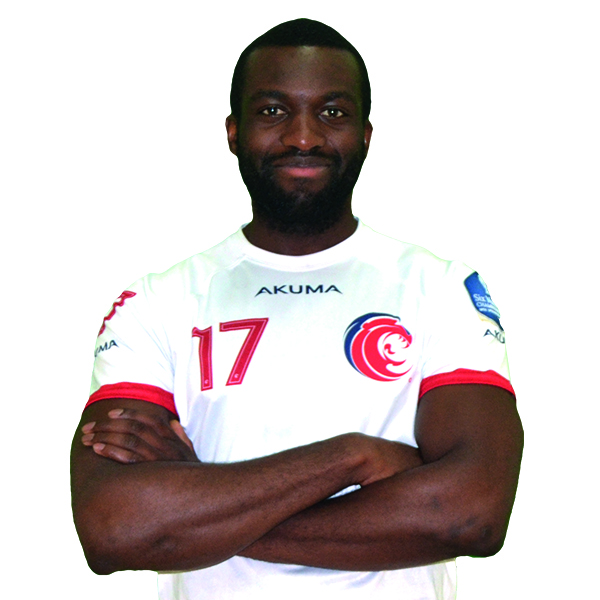 “I guess I’ve never really thought much about my position as a BAME member in British dodgeball, until very recently. I’d like to think that’s because I just slotted into the community easily regardless of my background, and certainly I don’t recall having had any problems related to it. However, I do recognise that I’ve still had a privileged upbringing which may have led to dodgeball being more accessible for me, whilst still seeming inaccessible for others.

It was back in June this year, with Blackout Tuesday and the BLM protests, where I saw so many members of the dodgeball community taking part and showing their support against racism, that I really started to actually think about being a black player in dodgeball. It was genuinely quite moving to see so much support for the cause, I was close to tears just scrolling through various news feeds. 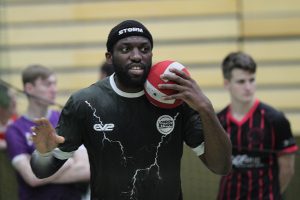 I think it’s a shame that there aren’t more players of a BAME background in dodgeball, although I will say that the representation has definitely increased over the many years I’ve been playing. The newly formed diversity committee is a fantastic step forward, and I hope that can gain traction and push forward to make some real changes. One thing I’d personally like to see is to highlight the BAME representation in schools and the younger players with more stories like this, or just more opportunities talking to rising players. Whilst it’s great to be able to give my experiences as a longstanding BAME dodgeballer, I’d love to hear about the stories and experiences of the up and coming youngsters, to see how their experiences in dodgeball differ from my own. I feel I could learn a lot from them and their own social circles, just as I’ve been learning a lot over the past few months. In fact, I think it would make a big difference just to have more visibility of BAME players across the entire dodgeball spectrum, from the older players right down to the debutants making their first few catches on court.”