Countdown to the Commonwealth Games

Busy times ahead for Superball Winner Can you tell us about your role as Games Delivery Coordinator for the Commonwealth Games?

As a Games Delivery Coordinator, I work in the operations department for Commonwealth Games England (CGE), which is the English Team that compete at the Commonwealth Games (also known as Team England). CGE is an amazing organisation to work for, with benefits of travel, a social team, and a huge insight into the multi-sporting event world. CGE’s focus is on planning and organising the English Commonwealth Team before and during the Games. Currently I am working on the accreditation for the athletes going into the games. Essentially, we are given the long lists of all of the athletes that may be participating at the next Games and are currently gathering information from them, eg. measurements for kit, passport details for travelling etc. I will then be focusing my work on the Athletes' Villages, where the athletes and officials will be staying during the Games. Here I am looking at travel between venues and bedspace planning for over 2000 people. These are both huge projects and vital pre/during the Games, therefore I feel very much valued within the team.

What can we expect from the Commonwealth Games?

The upcoming Commonwealth Games just so happens to be in Birmingham, which is very exciting as it is a Home Games, meaning we are closely working with the Birmingham 2022 Organising Committee to prepare. The Birmingham 2022 Commonwealth Games will be held in venues all across Birmingham and the West Midlands, from 28 July until 8 August 2022. There are 22 core sports taking place this cycle, with several of these including para-sports which will take place within the same period (unlike the Olympics/Paralympics). This Games will also be particularly special as it will be the first one where Women’s Cricket T20 and Basketball/Wheelchair Basketball 3x3 are taking place. Additionally, it will be the first major multi-sport event to award more medals to women than men. Even with the effects of COVID-19, we are planning for a games as normal so hopefully many people close to home will be able to participate or spectate next year.

What have you been doing since leaving RGS Worcester?

After leaving RGS, I went to the University of Surrey where I studied International Hospitality Management on a 4 year sandwich degree. This degree was varied and focused on a lot of Business Management, Tourism Management and also had the option to take Event Management modules. I was particularly interested in the Events side to the degree after a year or so, therefore when looking for a placement in my third year I searched for Event Management opportunities.

I have always had a keen interest in sport, which primarily began at RGS and continued through university. I played in my 1st team for Netball and went onto being the Communications Officer for the club. Consequently, when I stumbled across a role advertised for an Event Operations Intern, this sounded ideal to me. To begin with, I thought that I would never get a job in a well renowned company like CGE and I didn’t have enough experience. However,  everyone has to start somewhere and my passion for sport/organisation clearly got me somewhere in my interview. 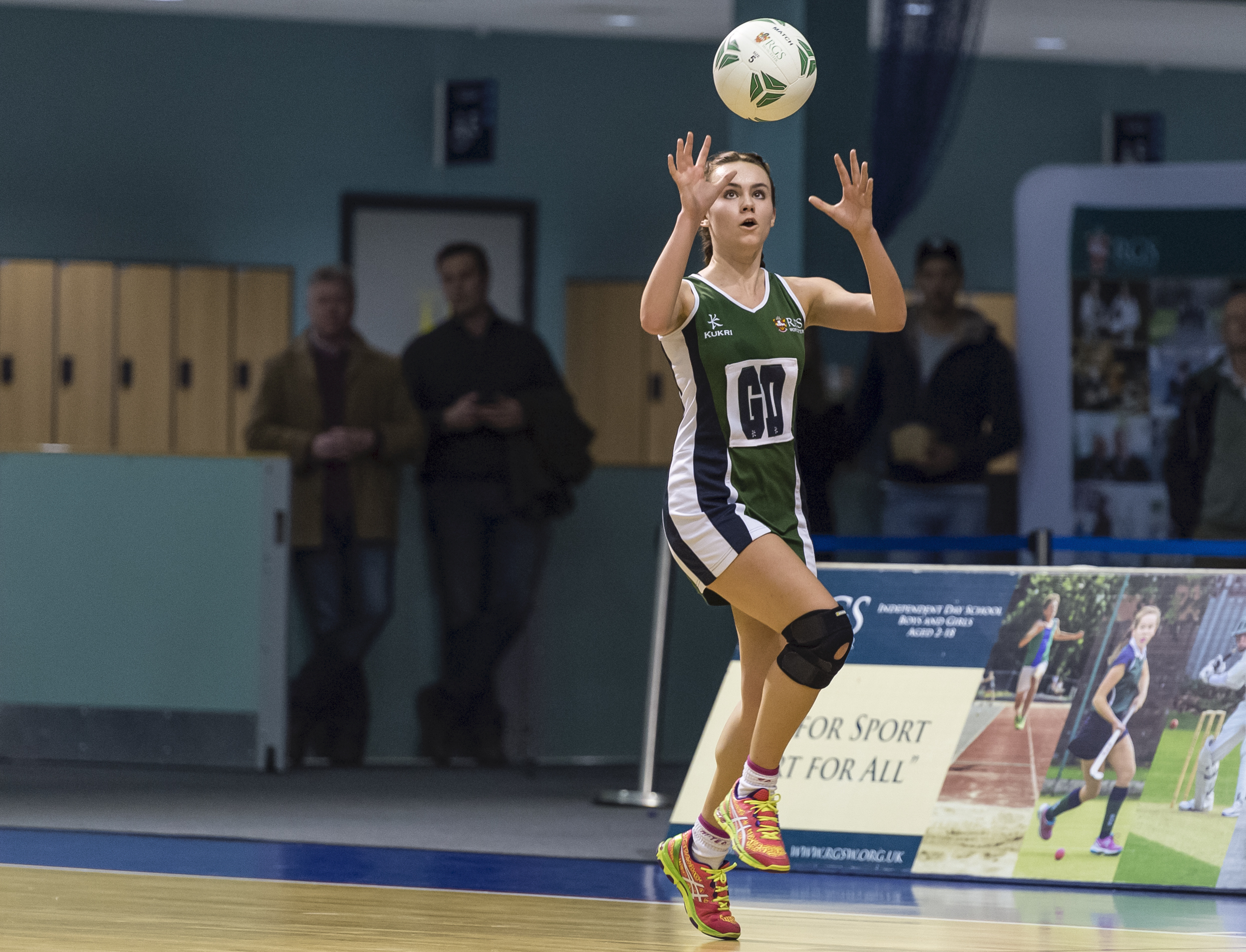 Honestly, I couldn’t recommend a placement year more. All of my friends who have also done this loved it and feel like they have an extra step into the corporate world before graduating. My internship was varied in skills. I worked in Operations, which involved travelling to Birmingham and creating meetings with potential venues that we would use for VIP hotels, breakout spaces for officials, kitting out and more. I also ran the social media channels for Team England and went to many broadcasting/press events such as ‘3 Years To Go’ and the start of the building of our Athletes' Village. 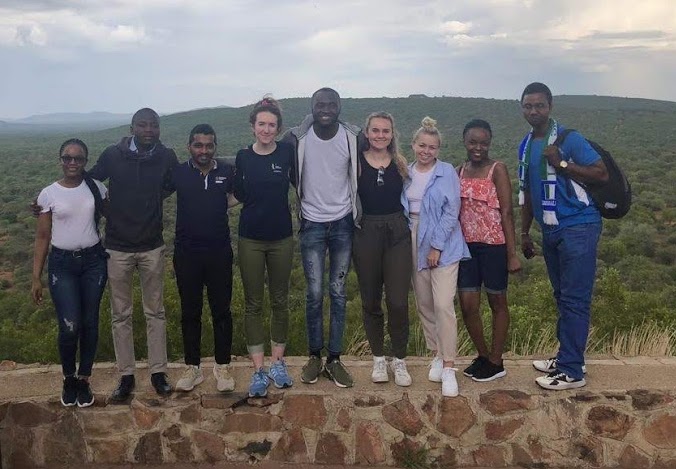 Additional to this, I had the best opportunity to travel to Botswana to meet the other Commonwealth Games Associations from across Europe and Africa. There, we compared projects, aided each other with skills and worked on combined projects that would later benefit the Commonwealth Youth Games. CGE are advocates for any sporting event experience possible, so during my year I also worked at the Netball World Cup 2019 and the School Games 2018. Moving forward into my final year of University, I was contacted by Commonwealth Games England and asked whether I would like to start a full-time job with them starting the February after graduation. They had a role that involved working on projects that I had done previously and would involve me completing the Games cycle that I began in 2018 which excited me. After university, I started a part-time job from home that allowed me to occupy my time and earn some money before starting with CGE again. 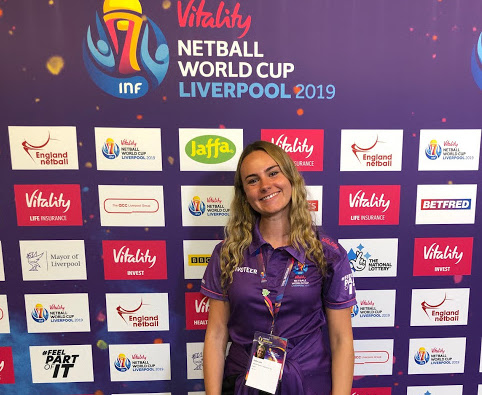 What is your favourite memory from your time at RGS Worcester?

I was at RGS from Year 4 and have many happy memories. Most of them include sport, of course! Throughout my time at RGS, I played in the Hockey, Netball, Athletics, and Rounders teams, all of which helped me get where I am today. I think the best memory for me was winning the Superball in Year 13 (2016). I just remember running straight up to my best friend Laura when the buzzer went off at the end. All those years of training/hard work being worth it. 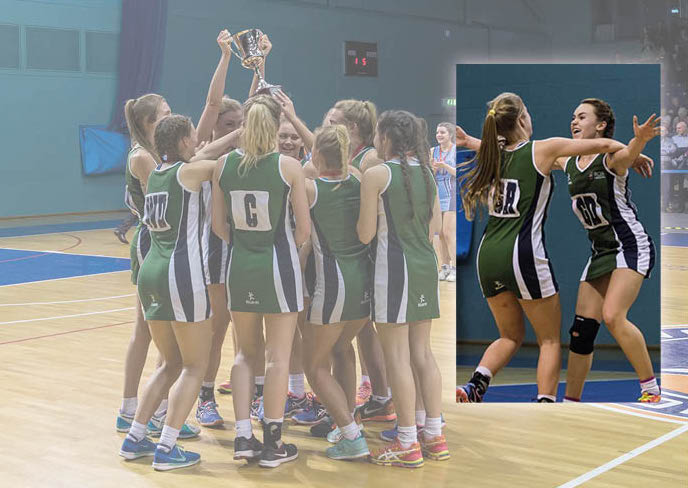 What advice would you give to RGS pupils who are considering their next step after RGS Worcester?

I personally had no idea what I wanted to do after school. I’m not sure many people know exactly what they want to go into. I also didn’t think that I would ever be able to work for a company that is so well represented and known! The advice would be to take every opportunity possible. One of the main things that I have learned from working in sports events is experience really is the best way to learn, whether it’s a week internship or a year, any experience is valuable. I know for a career in sporting events, there are so many opportunities to get involved, especially volunteering. There will be plenty of volunteer roles for the Birmingham Commonwealth Games 2022 and I highly recommend getting involved. Apply on the B2022 website!