We recently caught up with RGS Alumnus, Owen Carless (1995-02) to find out more about his role as Head of Mechanical Simulations for Red Bull Powertrains. It was fascinating to find out more about Owen's role, especially as our chat came just after Max Verstappen's win for the team at the Abu Dhabi Grand Prix!

What is your job title and what does your average day look like?

My current job title is Head of Mechanical Simulation, which means that I look after a team of specialist engineers who are responsible for computer simulations on anything that is not a burning gas or a flow of electrons. We’re currently building up both the team and the wider business, so there’s no such thing as an average day! Generally, I’m splitting my time between recruitment, developing simulation processes with external suppliers and internal groups, and helping to guide and mentor the team itself. This involves everything from hours of online meetings to quietly sitting down and puzzling through material test data to generate suitable design guidelines.

How did you come to work in this field?

I was one of the fortunate pupils who had a clear idea of the industry in which they wanted to work! I’ve always enjoyed the challenge of modelling physical components and systems with mathematical equations and therefore was eager to read Automotive Engineering at University. When I graduated it was suggested that my interests might fit in well within the Powertrain Analysis group at my employer (design consultants and pioneers of internal combustion engines, Ricardo) and so it proved to be. I was lucky to be able to learn a great deal from some particularly experienced engineers at Ricardo but when I saw a job advertised at Red Bull Racing I knew I couldn’t pass up the opportunity to work in Formula One, even if I did apply out of hope rather than any expectation of being especially qualified for the role. That was back in 2008 and I’ve been working for Red Bull ever since… How did your time at RGS help you in your chosen career?

As a pupil I have to confess that I wasn’t always willing to push myself to fulfil my potential before I joined RGS, and the drive and determination instilled in me by the school went a long way towards helping me succeed in higher education. Although I didn’t always enjoy it at the time, the regular series of tests at RGS helped enormously with my exam technique and meant that at University I could ‘bank’ good scores in formally assessed units and concentrate on improving my scores on units which were practically assessed.

Despite being far from the best performer on the sports pitch I can also thank RGS for helping build a love of team sports – I can vividly remember a lobbed goal over the head of PJOS one Wednesday afternoon that was the unquestionable highlight of a mediocre career – which I have continued to this day. At University, Ricardo, and Red Bull I’ve continued to play football and it’s always been a great way to meet new colleagues away from my immediate area of work.

The other area where RGS really set my off in the correct direction was in public speaking: I’d have never been confident enough to stand up in front of my peers and present any sort of material without the experience of learning to do it at the school first. While I don’t by any means do it regularly, I’ve presented hour-long lectures to audiences of several hundred before which is something that the eleven-year-old me would have found truly horrifying!

During your time at RGS what/who had the biggest influence on you?

I took a bit of a punt by choosing Art ahead of Design Technology for GCSE, and in terms of pure academic success it was an abject failure – comfortably my worst grade, and looking back at the pieces I submitted I was lucky to score as highly as I did – but it taught me the importance of creativity and being able to convert ideas into drawings and sketches to the engineer. This is a lesson that has always stuck by me and I never regretted my decision even though it didn’t help RGS’s place in the GCSE league tables! Aside from that I’ve never forgotten the ‘Turning Points’ A-Level Physics module taught by Roger Tarry that plotted a course through the history of scientific discovery and explored the way in which our understanding of the atomic world has developed. It was a module that genuinely hooked me in and is probably the reason that I keep buying books about the history of physics and chemistry to the present day.

What advice would you give to someone looking to go into this field?

Don’t underestimate the academic qualifications and content required to read engineering at University! While there’s quite rightly a focus on mixing practical, hands-on, experience with theory (and the best engineers are undoubtedly those who truly appreciate the real-world applications of their technology) it would be a mistake to view engineering as purely a practical subject. As an example, when I was at University the first-year syllabus started out teaching the A-Level Further Mathematics course in the first term before building on that knowledge in the second term. Students who were not comfortable with the mathematics were at a distinct disadvantage and no amount of hands-on experience could compensate.

Engineering is also such a broad field that it is difficult to really give a succinct answer to the question of ‘how can I get into engineering?’, and it really does depend on which specialisms are of interest. In structural engineering there is a lot of calculus and mathematics to evaluation deflections from shear forces and bending moments, while in engineering design it’s important to understand the physical limitations on assembly and servicing and balance them against the creative process. Engineers working in testing and instrumentation need to be equally comfortable working in the time- and frequency-domains to be able to accurately describe the operating conditions of the systems on which they’re working, while programme managers need to have a broad technical appreciation but be excellent communicators able to translate engineering language into a format digestible for other professionals such as finance or legal. In short, try and dig deeper and think about which areas of engineering you might wish to go into!

What do you love most about your job?

Now that I have stepped back from spending my days solely running computer simulations, calculating inputs, and predicting failure loads I really value the rare chances I get to do technical work! There is also a real pride to be associated with a company like Red Bull that has a very public image, especially when we’re fortunate to enjoy on-track success, although this can quickly flip around when and be a real negative when images of your failures are broadcast into millions of homes across the world on a Sunday afternoon… Above all, however, I enjoy working alongside other engineers in a team to solve technical problems. It was one of the main reasons to try and break into a career in Formula One and remains what I love most about what I do.

If you could sum up your time at RGS in three words what would they be? 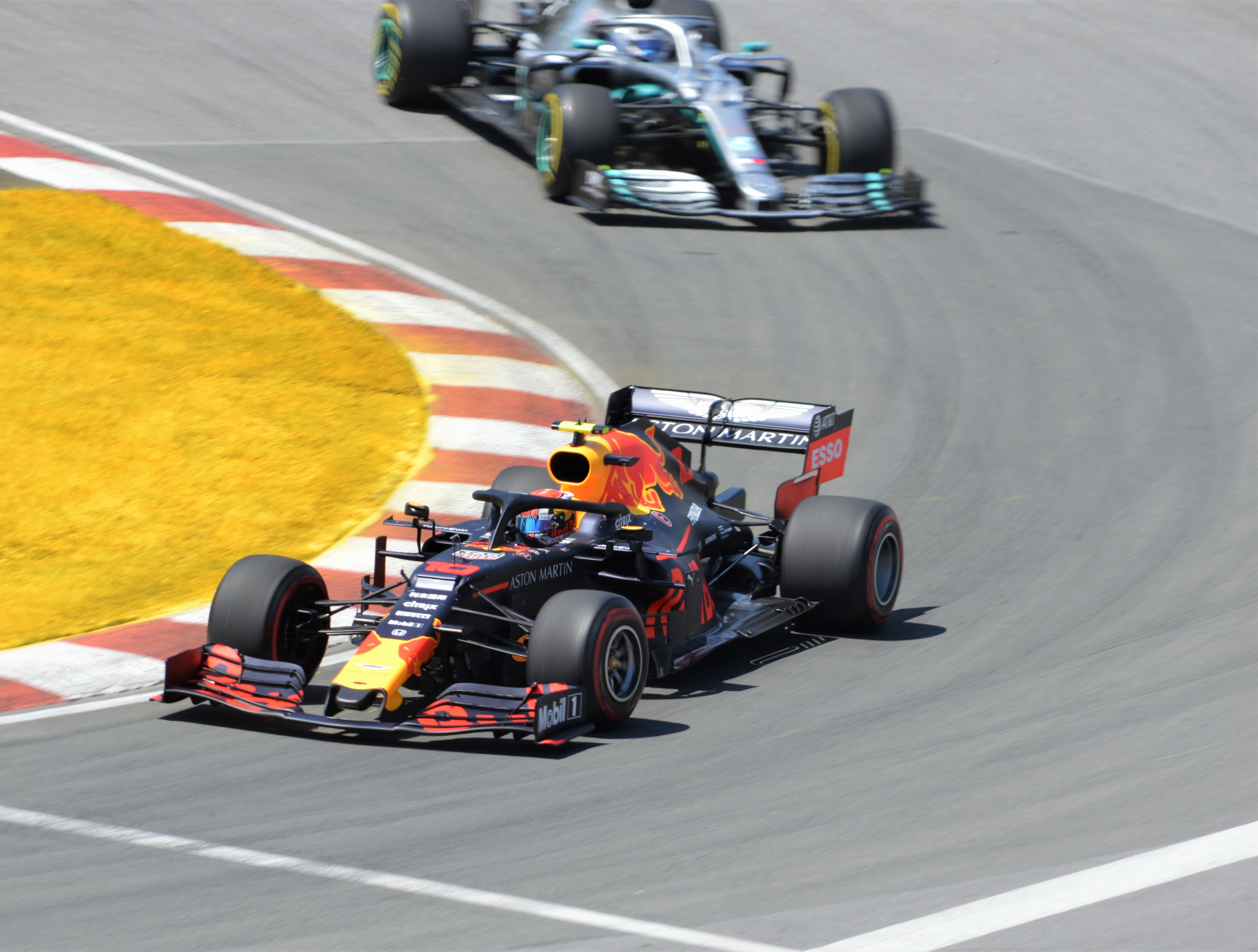